Our Blog | Single post | Back to main Blog page >

The Tragedy of Medicine

Long before the invention of the computer, Antoine de Saint-Exupéry predicted that a doctor will be replace with a machine, which will be able to generate a prescription from a blood sample to cure any complaint. However, Antoine de Saint-Exupéry admitted: “I respect science, but I revere wisdom just as deeply.” He would rather see a country doctor, when he got sick. Someone as he described who would glance at him, feel his pulse, his stomach, and listen to his breathing through a handkerchief. A doctor that would clear his throat, take a puff from his pipe, scratch his chin, and then, in order to better heal a patient, smile.

Today, our technology surpasses the wildest visions of the early 20th century, but Saint-Exupéry’s country doctor is gone. The growing specialization in modern medicine and the abundance of new pharmaceuticals are only partially responsible for his demise. He is gone because doctors’ attitude and education are changing.

In the past, it was impossible to cure with drugs alone. A doctor was inevitably also a philosopher, able to perceive the capacity of disease and the faculty of the body to self-heal. Medicine was less about the science and more about the art of restoring a body's capacity to heal and nourish itself. That is why a doctor would make a full assessment: internal organs, nervous system, and patient’s mental and physical balance.

To understand a complex conglomerate of incoming data and to find the right remedy, doctors must be conglomerates themselves. They must be scientists that have extensive knowledge of symptoms, medicines, and a deep level of understanding of human physiology. Further, they must be able to make and relate the clinical findings to their patients clearly. That is why many men of medicine are also effective writers, like Benjamin Franklin, Walt Whitman, Anton Chekhov, Sir Arthur Conan Doyle, and John Keats.

Today, independent thinking is less valuable than the ability to quote a study. Try to explain that your findings are based on laws of physiology and you will be accused of "blowing smoke." This pseudo-scientific perfectionism is turning doctors into hardhearted technicians; mechanic-administrator that use tests, pills, and medical technology on every patient.

This order benefits both medical science and statistics databases. Yet the patients are alarmed by the fundamental change in quality of patient care. Doctors are afraid to speaking candidly to them, because the promise of absolute accuracy and scientific guarantee puts to much liability on a physician.

This is just a list of disappointing truths and concerning thoughts for which I have no remedy. I am simply bringing them to light. The first step toward change is awareness (To read full article click here: goo.gl/SGqPFn).

Ivanchenko M.D. Pain and Rehabilitation Center is dedicated to improving the quality of life for patients.​Our emphasis is on the integrative medicine and nonsurgical comprehensive decompression of acute and chronic pain arising from spinal problems, sports, accidents, work related injuries or other conditions. 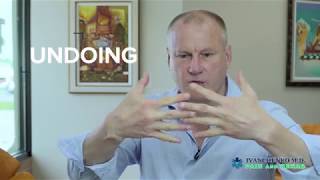